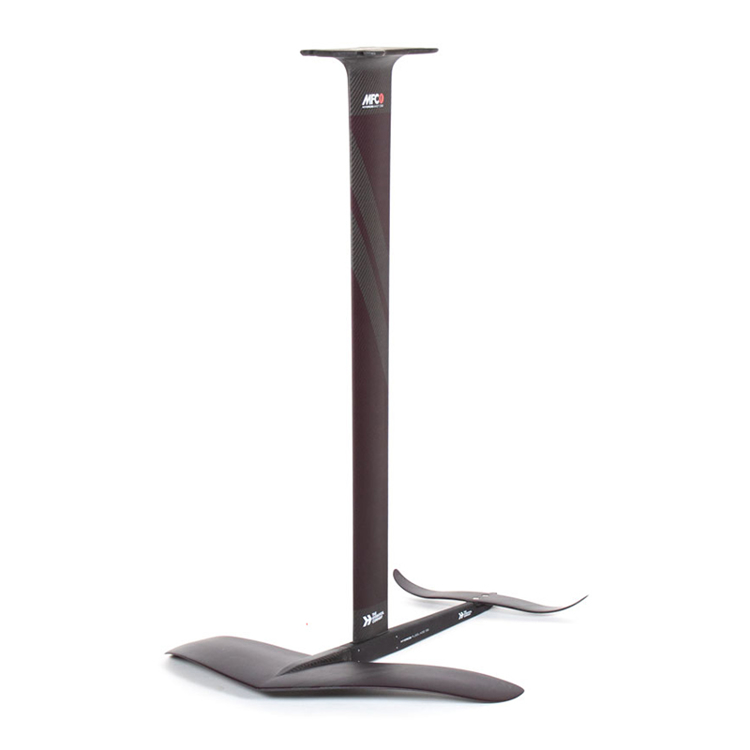 The FW1000 was designed for kite foiling and it is extremely good for WingFoiling.

Perfect for surfing waves and for all types of free riding. This new design has tons of low end but is still capable of reaching high speeds under perfect control. The FW1000 is extremely stable but very loose. Turn it on a dime or lock it in and go, it has great glide and control. Perfect for jumping and landing with confidence.

For expert surfers only, It also been tested in XXL Surf, reaching high speeds with extreme stability on large size waves. The HYDROS is Built in Carbon/PCS/Epoxy Technology and weights about 2.9kg.

Note: This Hydros is good for Wingfoil, Kite, Wake , XXL Waves – This is not a windsurfing hydrofoil. 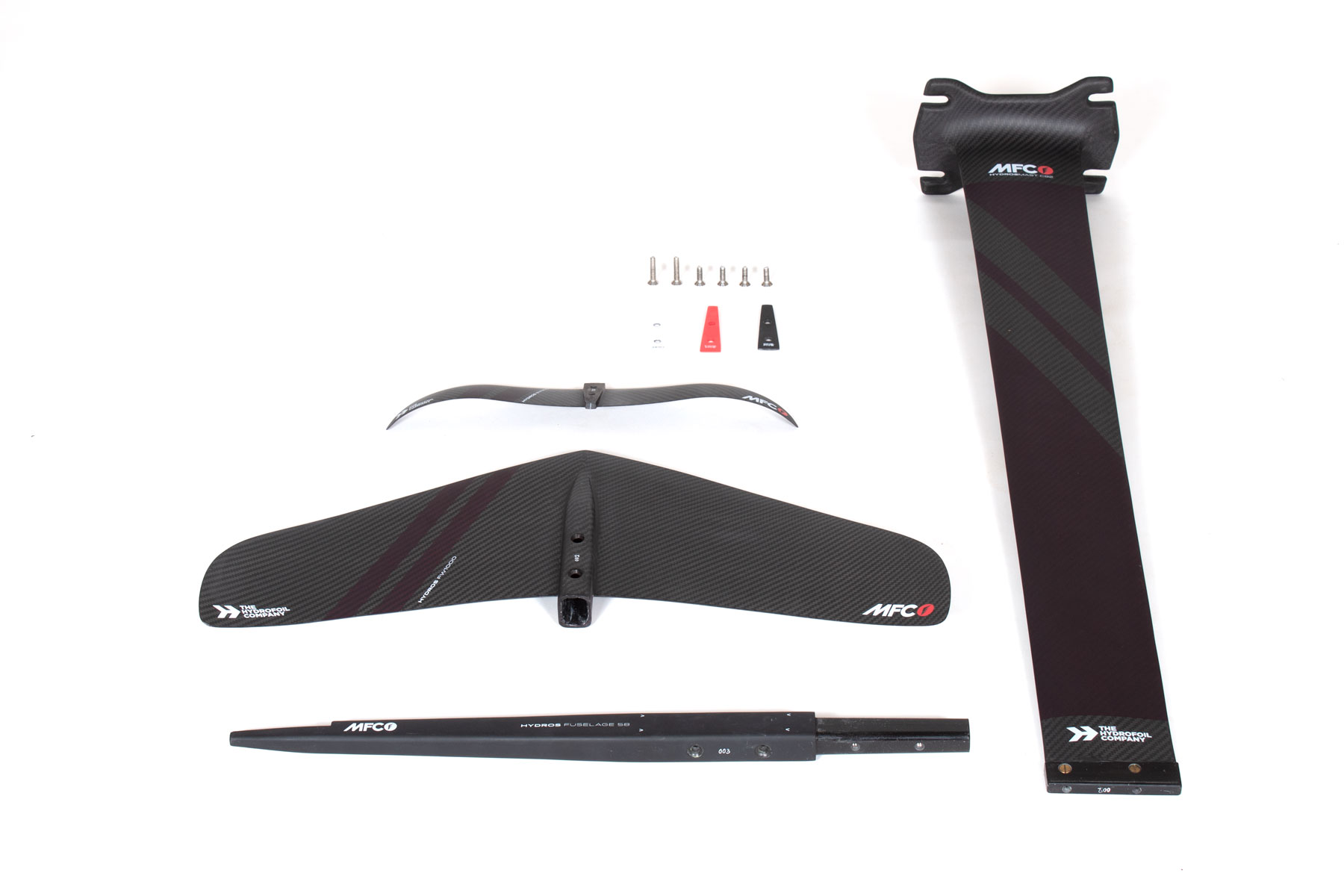 MAST C92: The profile allows control, speed and no drag at all. Not much lift is generated by the mast itself, everything is concentrated on the wings. Our technology allowed the mast to reach maximum stiness and no torsion for speed, control, carving. The attachment to the board is a full Carbon/Epoxy molded plate with plate recess of 2mm to allow the mast to fit in perfectly. RTM Technology built with Carbon/Epoxy G33 Bio Resin. Length of 70cm. — Weight || 1.20Kg

FUSELAGE C58: Built in the same Carbon/Epoxy technology; FW and Mast attachment are conic to allow a perfect and precise fitting. It comes in a length of 58cm. —Weight || 500gr

FRONT WINGS | FW 1000: Our Front Wing generates a lot of gradual lift and they are very easy to control. Built with our Mold Technology with Carbon Twill, PVC core and G33 Bio Resin, it is one of the most advanced wings on the market. It reaches an excellent top speed allowing continuous turns with not much effort, keeping gliding. It’s V shapes allows easier turns keeping speed and gliding with low effort. For surfers from 180lb and up. Also for very small waves. Built in Carbon/PCS/Epoxy technology, and designed with one of the thinnest profiles. — Weight: 1.10kg | Wingspan 62cm